Whenever I hear the word churro, my mind goes directly to summer carnivals. Taking the kids to the fairground is something we look forward to every year. They usually go off and try the rides, while I walk around trying my luck at some games. We don’t leave before devouring a few of the mouth-watering churros, usually coated in a generous amount of cinnamon sugar.

Churros are a type of fried dough found in Portuguese and Spanish cuisine. The recipe immigrated to other countries and soon became well known in the Southwestern United States and France. The dough recipe is usually based on the same ingredients, with the toppings and fillings being the difference. 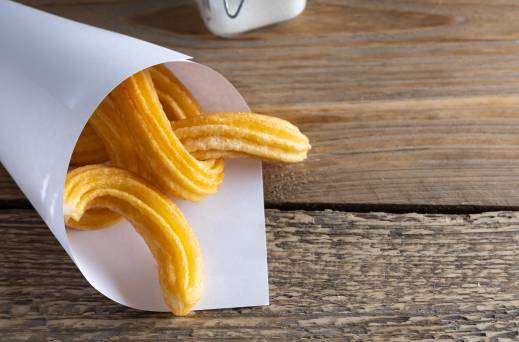 It’s amazing how certain tastes and smells can bring back memories. I remember my parents taking me to the carnival when I was a child, and now I get to have those experiences with my children. Although churros are not something I remember having back then, I’m reminded of these events by other things. Growing up on the East Coast, we had something quite similar to the taste of churros called beaver tails, commonly known as elephant ears in some areas. These are somewhat similar in taste, with the difference being that of yeast. Once the dough is prepared, it is shaped into a beaver tail and deep-fried, and coated with cinnamon sugar.