Some people think of meatballs as a dish served best with spaghetti. I am one of those people. However, I also enjoy meatballs prepared in different ways. I get bored easily, as most people do, eating the same foods time after time. Here are a few versions of meatball recipes.

History of the Meatball 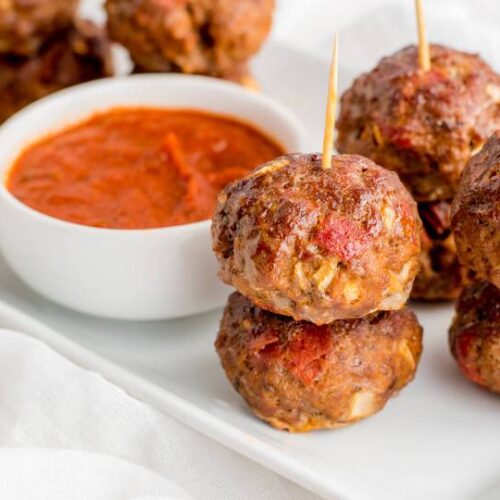 I enjoy this recipe served on spaghetti. My husband and kids both love it on submarine-style bread topped with melted mozzarella.
No ratings yet
Print Recipe Pin Recipe
Prep Time 10 mins
Cook Time 40 mins
Servings 6 people My family loves ground beef and cabbage soup, so this recipe is a tremendous hit. I usually reserve soup recipes for fall and winter, but this one screams for attention, begging to be made and eaten.Actually, it’s my family begging me to make it, but you get the point. Your home will smell so good while this is simmering. Make sure to close your windows, or you’ll have your neighbors begging for some.
No ratings yet
Print Recipe Pin Recipe
Prep Time 10 mins
Cook Time 1 hr
Servings 6 people These puff pastry-wrapped meatballs are pretty versatile. They would make a great snack or a meal served with a salad. They would also make perfect hors d’oeuvres for a casual dinner party.
No ratings yet
Print Recipe Pin Recipe
Prep Time 3 mins
Cook Time 1 hr 30 mins
Servings 6 people

There are so many options when choosing a perfect meatball recipe. These are three of the best I feel everyone should try at least once. Who knows, they might just become your new favorite.